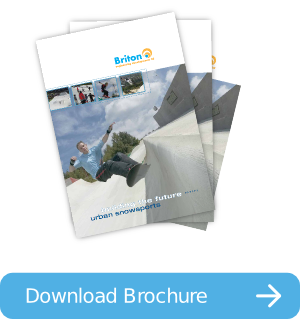 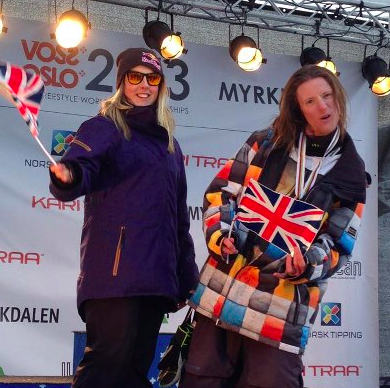 With the winter sports season drawing to a close it's good to reflect on the recent success of the Brits out on the world stage. And now there's a real expectation that Team GB could do the business in the Winter Olympics in Sochi 2014.

With the introduction of Freestyle skiing and snowboarding into the Winter Olympics, Team GB looks ready to take on the world.

Talent such as James Woods and Katie Summerhayes in the skiing arena, and snowboarding superstars, Jamie Nicholls and Katie Ormerod, are proving that coming from a lowland nation which doesn't get much snow, hasn't hindered them from making the grade.

"Slopestyle" makes its Olympic debut in 2014 and in James Woods, aka 'Woodsy', Great Britain has the world number one ranked athlete in the sport of freestyle skiing.

This season "Woodsy", who from hails from Sheffield and learnt to ski on Snowflex® at the Sheffield Ski Village, has swept all before him securing World Cup gold in Argentina before going on to perform a series of spectacular skiing tricks on his way to winning a second successive ski slopestyle World Cup in Colorado. Woodsy then went on to win Great Britain's first freestyle skiing silver medal at a world championships in 20 years in Norway, finishing second behind American Thomas Wallisch.

And keeping pace with Woodsy, Katie Summerhayes (17), who also learnt her trade on Snowflex® in Sheffield, has been putting her mark on the freestyle ski scene too. Katie has finished 5th in the Youth Olympics Halfpipe, 2nd in the Aspen Open, 2nd in the World Cup, 2nd in the Austrian Open and 4th in the World Champs 2013.

Not to be outdone by the skiers, the talent of Jamie Nicholls and his cousin Katie Ormerod, from Halifax's Snowflex® centre, has shone in the field of snowboarding. This season both snowboarders have been climbing steadily up the world rankings and the world of snowboarding is sitting up and taking note.

In a sport that is awash with super stars Jamie Nicholls (18) has also had a great season finishing 3rd in the O'Neill Pleasure Jam, 2nd in the Tokyo Burton Rail days and 5th in the Burton US Open 2013.

Katie Ormerod, who is only 15 years old, has been making her presence felt by finishing overall women's champion in the Oakley grom games, achieving 2nd in the junior half-pipe discipline and 3rd in junior slopestyle at the Burton European open 2012, Big Air women's overall champion and slopestyle women's overall champion in the British snowboard championships and finishing 10th overall in the Women's World championships in Quebec this year.

Katie said "I first stepped onto a snowboard at Halifax dry slope when I was five years old and Snowflex® has helped me to progress over the years to a point where I am now competing at an international level. I have always loved competing on Snowflex® as it is a fast and consistent surface which enables me to have a good session whenever I go."

Jamie backed up that by saying "If it wasn't for Snowflex® I wouldn't be where I am today. Snowflex® has helped me develop and progress my riding since I was 7 years old all the way through to when I was leaving school at 16. Most of my best memories come from the days and nights at Halifax Snowsports centre and these were the best times ever!"

Their success this season will definitely raise hopes that Britain's Winter Olympic squad can build on the unprecedented results of last summer's Olympians and Paralympians in London.